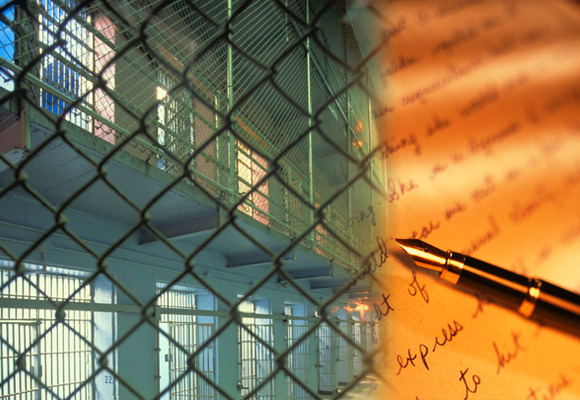 Hey Brittany, I was wondering when we would find out more information about being a pen pal? Thanks, Sarah

I sent out your address 2 weeks ago, give or take. It will be passed out to a pen pal once it arrives. I just heard there was a 3 week lock down due to a flu outbreak, which probably slowed it down. Once your pen pal gets your address, she'll write you. Depending on how much money she has, it might take time for her to get an envelope. They get two a month, and if they have used them, it might take more time. Even then, one of my pen pals said she could only write to me every other month because she writes to her daughter and sister, and only gets two envelopes. I sent her some with stamps last time, so she should be able to write me more often, if she wants.  There's just a bunch of other factors for them, and if your future pen pal has been in solitary or got sick, there could be a wait then too.  All my pen pals have been silent since the week of the play, if it makes you feel better. I'm assuming it was the lock down....Hope all is well with you, and that you get your letter soon.

What can and can’t I send to my pen pal?

All incoming inmate mail must be clearly marked with the inmate’s legal name, SCDC number, living unit, full name of the institution, street address, city, state, and zip code with a complete return address in the upper left-hand corner. However, every effort is made to deliver all mail received at every institution.  All mail will be opened and inspected by postal staff prior to being delivered to the inmate. Legal mail is opened and inspected in the presence of the inmate. Mail is not read unless there is reason to believe illegal activity or activity in violations of Agency rules and regulations is present.  Inmates are not allowed to receive cash, stamps, any writing materials, anything to eat, drink, or smoke. General population inmates may receive books, magazines, newspapers if they are sent directly from the publisher or from a publication supplier (licensed bookstore) and if they are paid for in advance. Inmates in lock up areas are limited as to what they may receive.  It is best to contact the inmate to inquire as to what is and what is not allowed before sending anything other than a letter.